I Recently did a few shoots for Motorsport Magazine, the first I was called in at last minute to see if I could get myself to The Midland Hotel in Morecambe, as they had a journalist there interviewing Motor Cyclist John McGuiness, who is a local hero in these parts.

I jumped in the car and drove straight to the Midland, where I met with the journalist, but no John McGuiness! John had forgotten he had a date with the magazine, and had gone on his Enduro bike off road into the Lakes.

Fast forward 2 hours and the journo gets an apologetic text from John, inviting us up to his new pad on the outskirts of Lancaster, but all we were given was a postcode, which lead us to a dirt track, and having no phone signal we had to take a chance that this was the right dirt track...BIG MISTAKE!

The dirt track lead nowhere, so we took the decision to turn around, 45 minutes later we were getting towed out of the muddiest field by a very kind farmer called Tim, who assured us it happens all the time, and that John's new pad was just on the main road 50 metres further down!!!

Anyway "A Lunch With John McGuiness" became a "Bottle of Bud with John McGuiness". It was fascinating to listen to John talk candidly about his racing experiences, oh and we got some good shots of John chatting to the journalist.

It was a bit of an adventure but good fun and the results can be seen in the April Edition of Motorsport Magazine see below. 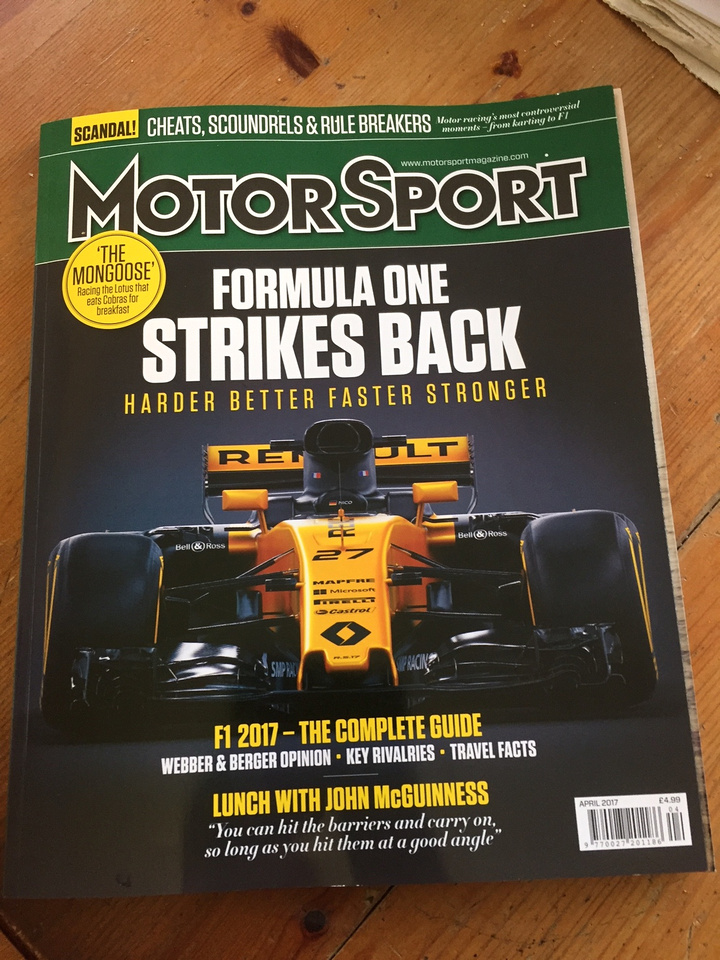